The Future is Idol

Kpop, Hallyu and scribbles from Sweden

Guerilla Date is an aspect of kpop that I can’t really handle. On one hand, I love it, because it’s all about fan service – one of the things I love the most about kpop. On the other hand, it’s usually a bit too much for me to take, and I end up having to pause the video every 20 seconds so I can blush and facepalm for a couple of minutes before I get back to watching. Too time-consuming. Not always worth it. 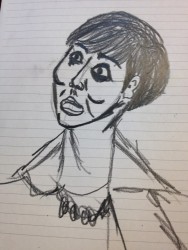 However, today I decided to watch the SHINee episode of Guerilla Date, and it turned out to be awesome. As anyone who reads this blog would have noticed, both Lars and I are pretty obsessed with Key, and though I do like SHINee as a group, I’m not sure I would have paid as close attention to them if it weren’t for him. However, it has taken quite some time for me to start liking Jonghyun. Thinking that he seemed to be something of a bully, I used to have a slight disdain for Jonghyun, and honestly felt a bit annoyed at how good friends he and Key seemed to be. In just the last couple of months, however, I’ve grown to like him more and more, and I have to admit, that guy is a twitter natural. Pretty much one of the best twitters I’ve ever seen. I would have followed it even if I had no idea who he was, and with Heechul tweeting less as he’s off doing community service, there was definitely a huge twitter troll void after him. Of course, it could be that I just didn’t see through to Jonghyuns awesomeness earlier, but I honestly also think that he’s grown up a bit, softening his bluntness and sharpening his sense of humor.  What amazes me the most is the sheer amount of time that he must be spending on the Internet at the moment. I’m pretty sure he has always been a sneaky secret netizen, but since he joined twitter, it’s completely gotten out of hand, and I love it almost as much as I love changing my opinion about someone for the better.  Whatever. I’ve always watched SHINee in varieties mostly for Key and a little for Onew, but even if Jonghyun’s apparent yearning for variety shows would turn out making him going on them on his own, I’d probably watch. A dream coming true, though, would be for the whole of SHINee to appear on Running Man together YES PLEASE CAN WE HAVE THAT I WANT IT YES oh I just realized I haven’t even mentioned how I did pretty much nothing on my free time (which is very sparse, usually, but still!) but watch Running Man for a couple of weeks earlier this year. Anyways, that would be epic.

On the other hand, someone that I’ve always liked is Onew. But it seems like I’ve liked him for other reason than lots of his fans. The famous “Onew sangtae” has never really appealed to me as such, neither have the dubu image. What I’ve found interesting is the combination of this and what I don’t really know how to refer to other than Onew’s “darker sides” – a tendency to go just slightly too far in just slightly too mean jokes, his self-proclaimed depressiveness and imperturbable integrity. And since he came back from his recent hiatus, which SME says was because of an ankle injury (seriously…?) but everybody know was because of a depression or crisis or something, this darkness seems to have become even more prominent. Or has he, also, grown up, shredded some youthful dorkiness and taken on a more serious persona? I’m not sure. However, something that I really did love about this episode of Guerilla Date is how the MC brought forth one of the most interesting aspects I know in kpop: The difference between the public persona and the actual person. So interesting.

Sigh. I could go on forever about this episode, but I don’t think that would get anywhere… Just take a look, if you haven’t already:

You are currently browsing the Variety Show category at The Future is Idol.